Priest: a most unforgettable character 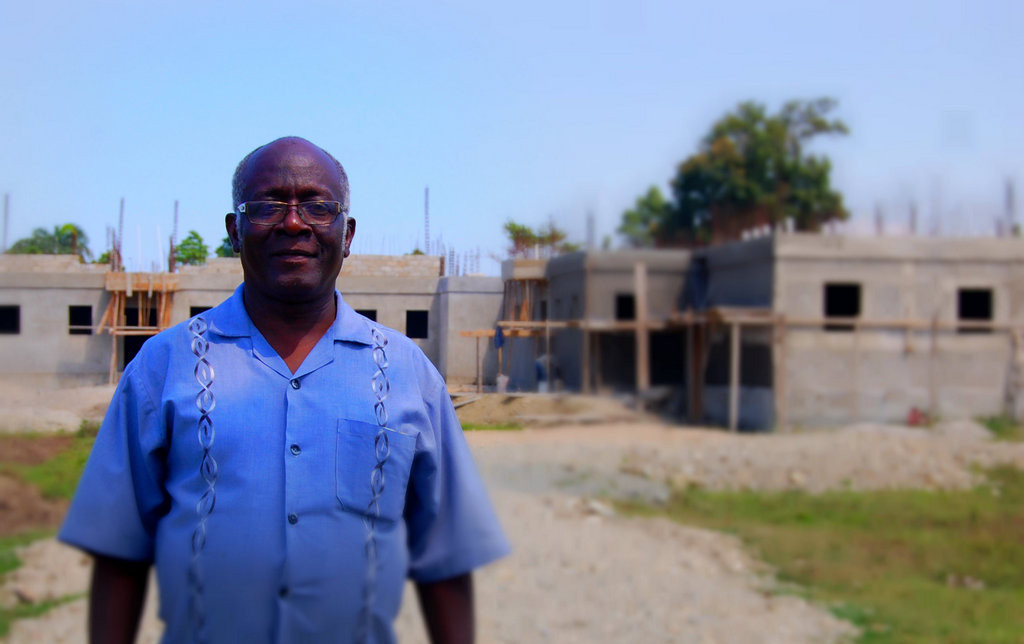 Fr. Andre surveys the progress of the new orphanage

“The Most Unforgettable Character,” was the theme of a series of articles in Readers Digest, the monthly, American family magazine and for many years the best-selling consumer magazine in the United States.

Readers submitted short stories about individuals who had left a lasting impression and were, “Ordinary people who achieved extraordinary things,” many in service to others. I had the honor to again spend time with a man who personifies this description while on a recent trip to Haiti.

I refer to an informative web page titled, “Father Andre Sylvestre: Formula for Life,” created by St. Francis University. The following is an edited version of this story and what molded his spiritual and humanistic dedication to “his children” at the Our Lady of Perpetual Help Orphanage.

Also of note is that he refused to answer my questions about his life saying, “I prefer not to talk about myself … but about my dream!”

That says a great deal about this man of faith.

A priest of 33 years and son of coffee farmers, his father died when he was 12. His mother is still living and never received any schooling. As a child, Sylvestre would walk 3-4 hours to school. At some point the distance of his daily walk became too time-consuming and he only came home during vacations. With interruptions, he completed sixth grade at the age of 18.
Forced to quit school when his family’s coffee crop failed, he wrote a letter to the Sisters that operated the Holy Cross School and they granted him a full scholarship for three years, “a miracle,” he says.

He was then recommended for the seminary and continued his education in Port-au-Prince. The “miracles” continued and he received a master of clinical psychology from a university in Ottawa and a master in counseling psychology from Ball State University.

This latest degree was made possible by the generosity of The Friends of Father Andre Sylvestre, founded by two parishioners at St. Francis of Assisi Catholic Church, a grant from Bishop William Higi, and the generosity of the St. Mary’s Parish in housing him at their rectory.

Sylvestre completed his Ball State degree in December 2009 and planned his return to Haiti. On January 12, 2010, a 7.0 magnitude earthquake struck Haiti killing more than 250,000 people and devastating the capital of Port-au-Prince. Within four days, he was able to gain entrance into Haiti and spent six months counseling the survivors. Based on these experiences, he wrote and published a book (in French) about counseling survivors of catastrophic, natural disasters.

He knew when he saw the parentless children living in the streets that it was time to start the orphanage —“his dream” — he had long felt called to begin.

About the Author: Tony Costello is an Irving Distinguished Professor Emeritus of Architecture at Ball State University. He is principal of Costello + Associates.